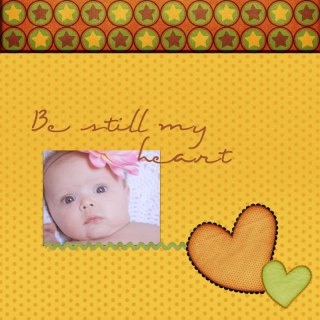 Layouts I made for Steadfast and Immovable

Welcome to WordPress.com. This is your first post. Edit or delete it and start blogging!

Back in September of 2005, on the first day of school, Martha Cothern, a social studies school teacher at Robinson High School in Little Rock , did something not to be forgotten. On the first day of school, with the permission of the School Superintendent, the Principal and the Building Supervisor, she removed all of the desks out of her classroom.

When the first period kids entered the room they discovered that there were no desks.

She replied, ‘You can’t have a desk until you tell me how you earn the right to sit at a desk.’

She told them, ‘No, it’s not even your behavior.’

And so, they came and went, the first period, second period, third period… Still no desks in the classroom.

By early afternoon television news crews had started gathering in Ms.Cothren’s classroom to report about this crazy teacher who had taken all the desks out of her room.

The final period of the day came and as the puzzled students found seats on the floor of the desk less classroom, Martha Cothren said, ‘Throughout the day no one has been able to tell me just what he/she has done to earn the right to sit at the desks that are ordinarily found in this classroom. Now I am going to tell you.’

At this point, Martha Cothren went over to the door of her classroom and opened it.

Twenty-seven (27) U.S. Veterans, all in uniforms, walked into that classroom, each one carrying a school desk. The Vets began placing the school desks in rows, and then they would walk over and stand alongside the wall… By the time the last soldier had set the final desk in place those kids started to understand, perhaps for the first time in their lives, just how the right to sit at those desks had been earned..

Martha said, ‘You didn’t earn the right to sit at these desks. These heroes did it for you. They placed the desks here for you. Now, it’s up to you to sit in them. It is your responsibility to learn, to be good students, to be good citizens. They paid the price so that you could have the freedom to get an education. Don’t ever forget it.’

By the way, this is a true story.

Day 6
I am thankful for
my job. I know it sounds silly especially
since work is totally stressful right now.
But I am thankful to have a job that I
know will bring in enough to take care of my
family.  I am thankful that I am able to help
other people that are not as fortunate as
we are that need the help during this
economically hard time.  I am thankful
that I am able to provide them with a little
relief to their already stressed life.
Day 5
I am thankful for My Father in Heaven.
Who has an amazing plan,
that was prepared for us to
know how to return to him.
To give us answers to the questions
we have about life.
I am grateful that  He is so
forgiving and loving. That he love me
little ole’ me. That is imperfect in every way
but yet he loves me!!
I missed day 3-

This picture is about 12 yrs ago
Day 3
I am thankful for my
MOM.
She is my best friend she
is always there for me!
She loves unconditionally
she answers all my silly
mom questions!
Like   “I think I am dying should
I go to the dr?”

Day 4
I am thankful for my
FRIENDS!!
I have so many wonderful friends
who have touched my life each in
different ways. I am VERY thankful
for each of you and the example
and influence you are in my life.

Kailin for being a great help
and always helping.
She is a great big sister and
loves to help
with her baby sister.
Parker for being such a
loving child!
He is very caring!
His primary teacher told
me he loves to say the
pray in class.  He prays for
silly things like
Happy Meals for everyone!
Cambree she is the funniest
little girl with a big attitude!
She always can make me
smile even if I am made at her!
Sukori for remembering
who I am even after I have
been at work for 10+
hours a day.
She smiles
and kicks her legs and
waves her arms! She is
a very special little spirit!!
more tomorrow!